Jean Vigo’s L’Atlante : An exploration of human engagements through the cinematic language.

Vigo’s L’Atlante : An exploration of human engagements through the cinematic       language.

With the opening credits of the movie L’atlante music flows rhythmically on varying tones which with an already given knowledge about the title of the movie suggests that some adventure would be opening now. The very first shot has the nose of the barge carrying ship which has the title L’ATLANTE on it. When I recall my very first experience with this movie some years back I did not know who Jean Vigo was and what contributions he had made to the cinematic world. I saw the whole movie without having any prior knowledge about the maker and the movie itself apart from the information that it was a french movie made in the year 1934 by the director Jean Vigo who later on had died the same year at a tender age of 29.

It certainly made me think and see the progression of the movie also through the point of view of the director while he was well aware of his declining and fragile condition. 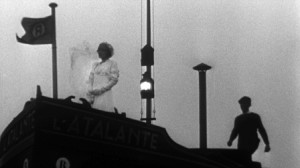 Fig. 1  Juliette and Jean standing on the ship L’atlante.

The music is replaced by the mild tolling sound of Church bells and images become emotionally charged with the rising of the mist over the ship in one of those early shots. The story starts with the entry of the two characters Jules (played by the french actor Michel Simon) and Camelot (played by Gilles Margaritis) who are seemingly busy to arrange the welcome moment for the newly married couple who are returning from the church. The sense that what the movie is going to show starts unfolding only when the characters Juliette (played by the german actress Dita Parlo) and Jean (played by Jean Daste) enter the frame as a married couple and the mood of the music very subtly changes with their entry in the frame. This change is also performed in their straight motion towards the barge from where their journey is going to start.

On the initial note it may appear as a story that is about a newly married couple and also about the annoying compromises that they have to make with the people who are surrounding them with their attitudes towards life. Both Jean and Juliette do not like cats but even then they have to comply with the love that Jules has for his cats. It may seem like a little act of nuisance for them but they have to share the same space that is a new territory for all of them. All through the movie a visible tension is shown between Jules and Jean because of their ever conflicting attitudes and manners towards life. Jean reflects a strong disliking towards Jules's cats, antiquities that he had collected from all over the world, his drinking habits and most annoyingly the presence of his belongings inJean's private spaces. This disliking is not only shown but also performed sometimes by Jean. At one moment in the movie when Juliette is very curiously looking at and interacting with the antiquities and "Characters" in Jules' room then Jean very angrily starts breaking these antiquities of his world.

One thing must be noted here. Would such tension and conflicting personalities have been possible to be seen if they were not on the ship but in a completely different space that would not have come across each other? I think certainly not. What Vigo shows here is also a possibility and growth of a trajectory in the mutual presence of a certain people on a certain ground. It can also be questioned here about the possibility of the whole story itself which in my opinion is the result of those conflicts among them. And I also feel that Vigo may have the same approach here towards the inevitability of the conflicts and crisis in human life. 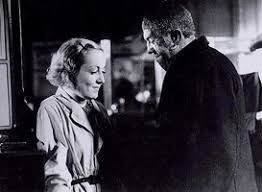 Juliette is the personality who invisibly minimizes the roughness between them and helps them evolve into good friends who do not have grudges from the past liking or disliking towards one another. It is a symbolic gesture of accepting each other in the space that they have to live in.


But for me it is most importantly also the story of the life of a new member who has just entered the new circle and starts a completely new life. Juliette is a village girl who starts her life on L’ATLANTE with Jean, Jules and Camelot. It can also be seen as the other way round where these three are to live on the ship with a new member. The title of the movie which is also the name of the barge L’ATLANTE becomes the ground where the trajectories of their lives will move on as the barge sails in the river and has a destination to reach.

Among the few best moments that Juliette cherishes is with Jules in his antiquities filled room. Her disliking towards Jules seems to be evaporating as she spends time in his room which is engaged with the revealing of the antiquities from the distant lands that he had traveled in his life. A very scary moment unfolds which is not given the leverage and tonality of that scary feeling through the casual gesture of his words. He says That’s all left of him. It certainly is not the point of attraction for her because she just wants to explore his world and its layers. Can that interaction between the world of antiquities in his room and Juliette be seen as a part of the individual journeys where all of them are the travelers. Yes, for me the expression of amazement and curiosity encourages Jules to open up his tabooed world in front of her. Even though she is well aware of the mood of Jean who certainly does not like Jules and his world and more specifically the fact that Juliette is taking interest in Jules’ world. Only through the breaking down of those biases can she be able to understand the world in a much better way. 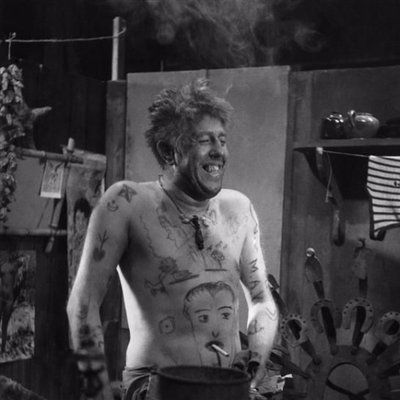 In his article On certain characteristics of Photogenie Jean Epstein talks about Louis Delluec’s Idea upon the art of the Cinema which he calls Photogenie. He says that he would like to describes Photogenic any aspect of things, beings, or souls whose moral character is enhanced by the filmic reproduction and aspect not enhanced by filmic reproduction is not Photogenic, plays no part in the art of cinema. I see what is the major concern here posed by Epstein. For him it should be the essence of life there in that visual image that should be able to bring forth the colors that any life on the screen has to show. Vigo does not go after the complexities that these images and narrative could have created. On the contrary he opts for that Photogenic aspect of the people and their lives that can enhance their characters by the filmic reproduction or mode of representation. Juliette seems to have that aspect very aptly exhibited.

Can the social condition of the people who are the part of the cinema also be counted as an stimulus to the enhancement of their photogenic aspect? It is only my supposition here in the context to understand the impact that this aspect can have upon the viewers who themselves are in one way or the other looking back at their central location and position in that society which they are seeing on the Screen. If a person who associates or even dissociates himself or herself from that real location in the society and starts living in that